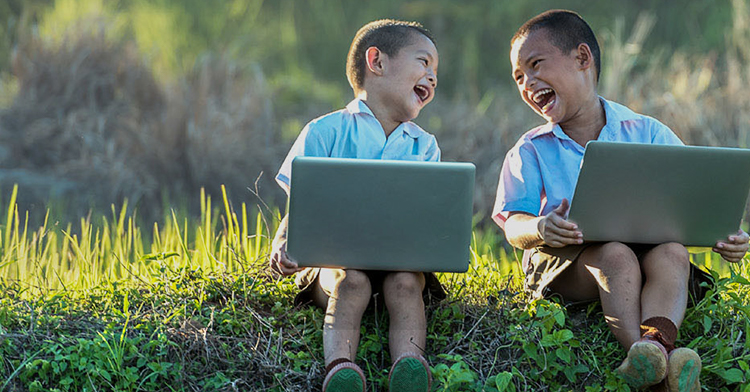 Click here to download the 100 Best Corporate Citizens of 2021 ranking methodology, including year-over-year changes from 2020, the complete list of factors considered for 2021 and an outline explaining how we process the ranking.


3BL Media creates the methodology based on the latest developments in corporate sustainability, extensive feedback from corporate and NGO stakeholders and guidance from Institutional Shareholder Services (ISS) ESG. Our goal is to ensure the methodology advances ESG transparency and performance each year using factors relevant to all industries.

There are eight pillars in the ranking, each comprising a set of factors (e.g. the Employees pillar contains 34 factors and is weighted 20.5% overall). Each pillar weight is publicly disclosed, but the weight of each specific factor isn’t disclosed to ensure the ranking methodology cannot be replicated.

We welcome feedback on our methodology. Please complete the contact form at the bottom of the website.

Is there an application, survey or questionnaire?

Is there a fee or a cost?

Email ESGHelpdesk@iss-esg.com to request online portal access and add users to verify information and data for the ranking.

What are the pillars and factors the ranking is based on?

The 2021 ranking methodology consists of eight pillars containing 146 factors. The weighting of each pillar is publicly available (see below), however, the weight of each individual factor is not so that the ranking cannot be replicated.

Factors look for specific types of ESG disclosures including: data, management approach, performance, policies and codes, strategy and targets. Factors used to determine the ranking must be applicable and relevant to all Russell 1000 Index companies to enable a fair comparison.

Does the 2021 ranking account for corporate responses to the COVID-19 pandemic?

The 2021 methodology includes numerous factors that can be compared equitably across Russell 1000 companies and address various social issues to emerge during the pandemic. Examples include:

For the 2021 ranking, the nonprofit, InfluenceMap, will screen companies to identify whether or not their lobbying is supportive or oppositional to Paris Agreement-aligned policy benchmarks. InfluenceMap welcomes engagement with corporations. Engagement can involve explanation of their methodology in more detail, how InfluenceMap assess a company and your contributions of information you think InfluenceMap may have missed. Email info@influencemap.org to connect.

Research and advocacy from leading nonprofits including CDP, Ceres and EDF+Business, and from investors, substantiates that the 100 Best Corporate Citizens methodology account for oppositional lobbying to Paris Agreement-aligned policies.

Download the 2021 methodology and reference pages three, 10 and 14 for more information.

What are the industries?

Companies in the Russell 1000 Index are divided into 24 industry groups for the 100 Best Corporate Citizens ranking:

How is the ranking calculated and processed once the factors are researched?

Three types of factors are used in the ranking, examples include:

2. Policy: Does the company indicate it applies the same human rights policy standards to suppliers and vendors?

Data and information takes three forms to process the ranking:

2. Numeric: Numeric values compare to all other company numeric value to generate a ranking; Non-reporters rank worse than the worst numerical respondent in any factor.

1. Weight each individual factor within a pillar. Some factors have higher relative weights.

2. Calculate the underlying score for each pillar, then rank the full Russell 1000 Index within that pillar in ascending order, ‘1’ is the best rank.

4. When several company scores tie, there is a gap between that score and the next closest score. For example, if two companies tie for the top rank, the company or companies that earned a second-place rank will place third. Second place is sacrificed for the tie-gap, so third is the next available rank after the tie-gap.

6. The lobbying screen is applied. InfluenceMap will measure the intensity of company lobbying and whether this lobbying is supportive or oppositional to Paris Climate Agreement-aligned policy benchmarks. Companies with high lobbying intensity receive a “red flag”. Companies to receive a “red flag” are penalized 10 points on their final, overall weighted score and the overall weighted score is adjusted accordingly. The “red flag” and subsequent penalty are not publicly disclosed in the ranking.

What time period does the ranking consider for data?

The email comes from 100best@3blmedia.com — please ensure this address is accepted by your IT security so emails do not go to spam and junk folders.

March 19, 2021, 8:00 p.m. PST: Deadline for Russell 1000 companies to verify data and information for 100 Best Corporate Citizens of 2021. If you plan to make new source material publicly available in time to be considered for the ranking, please know ISS ESG requires at least five business days to review new materials.

Please complete the contact form at the bottom of the website or email 100best@3blmedia.com with questions and feedback about the methodology.

Can my company opt out of consideration for the ranking?

What types of companies are researched and ranked?

Where does the data used in the 100 Best Corporate Citizens ranking come from, and how is it collected?

ISS ESG researches publicly available disclosures, policies and performance on ESG topics. This data is collected using industry-standard research methodologies and is primarily sourced from online information made available by companies through primary corporate websites, reports (e.g. 10-K reports and annual sustainability or CR reports), statements and policies. Public websites of subsidiary companies and brands are not considered for the ranking.

Who is ISS ESG?

How will ISS ESG use the data it collects?

ISS ESG applies its environmental, social and governance research to solutions that allow investment managers to screen, rate and rank companies based on criteria defined by the user. In turn, this data is applied by investment professionals to evaluate opportunities, identify risks and comply with a broad range of investment guidelines and client concerns.

How can information and data researched by ISS ESG be reviewed?

There are factors used for the 100 Best Corporate Citizens ranking methodology that cannot be verified because the data source is a third party used by ISS ESG (e.g. data from CDP or financial information from FactSet or Compustat) or ISS ESG conducts the research but the factor is not yet part of the E&S Disclosure QualityScore or Governance QualityScore. In the ranking methodology, these factors are marked “N/A” in the “ISS ESG Factor ID” column.

When is the deadline to verify data and information researched by ISS ESG?

What’s the deadline to submit new source or reference materials to ISS ESG?

What if my company disagrees with any information, data or rating found on the ISS ESG online platform?

A company can review the data collected by ISS ESG, submit any necessary corrections and offer supporting links to publicly available information. This process is free and available online. ISS ESG will review your request and make any changes that are consistent with ISS ESG’s methodology and definitions.

How do I submit data and information changes to ISS ESG?

After you review the data collected, all submissions are made through the ISS ESG online data verification platform. Please contact ESGHelpdesk@iss-esg.com to request access to this platform or additional company logins.

Can we provide our most recent CR or sustainability report or policies?

ISS ESG is happy to receive any reports or data you wish to send. However, ISS ESG will have already reviewed your corporate responsibility (CR), ESG or sustainability report as part of its research process. The information you can verify includes data and management approaches found on your corporate website, in SEC documents or in your company’s  CR or sustainability reports.

Researchers and academics are welcome to analyze the 100 Best Corporate Citizens ranking but we do not provide the complete Russell 1000 ranking to any parties, even under a non-disclosure agreement.

Visit Past Rankings to download 100 Best rankings dating back to 2009.

Who at 3BL Media do I contact with questions and feedback?

How can my company promote its inclusion on the 100 Best Corporate Citizens ranking?

For information on licensing the 100 Best Corporate Citizens logo and other promotional opportunities, please email: 100best@3blmedia.com.